Start off your visit on the 24th (Mon): delve into the distant past at Colosseum, explore the ancient world of Palatine Hill, then wander the streets of Via Condotti, then admire the striking features of Pantheon, and finally get to know the fascinating history of Piazza Navona. On the next day, wander the streets of Trastevere.

To see more things to do, other places to visit, photos, and tourist information, use the Rome road trip site .

New York City, USA to Rome is an approximately 13.5-hour flight. You can also do a combination of bus and flight; or do a combination of train and flight. Due to the time zone difference, you'll lose 6 hours traveling from New York City to Rome. In June, daily temperatures in Rome can reach 84°F, while at night they dip to 65°F. Wrap up your sightseeing by early afternoon on the 25th (Tue) to allow enough time to take a train to Florence.
more less 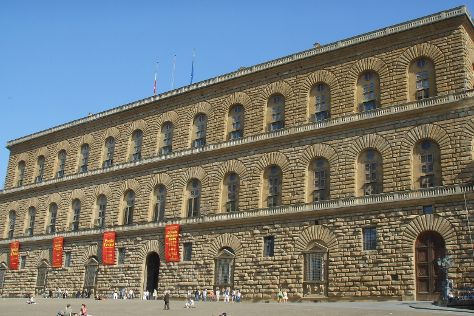 Museum-lovers will appreciate M.G. Design and Uffizi Galleries. Do some cultural sightseeing at Pitti Palace and Academy Of Florence Art Gallery. Change things up with these side-trips from Florence: Guardastelle Vineyard (in San Gimignano), Ciacci Piccolomini d'Aragona (in Castelnuovo dell'Abate) and Bagno Maurizio (in Viareggio). Next up on the itinerary: take some stellar pictures from Piazzale Michelangelo, take in the views from Ponte Vecchio, enjoy breathtaking views from Campanile di Giotto, and get to know the fascinating history of Piazza del Duomo.

For photos, where to stay, traveler tips, and other tourist information, use the Florence trip planner .

You can take a train from Rome to Florence in 2 hours. Other options are to drive; or fly. In June, daily temperatures in Florence can reach 83°F, while at night they dip to 65°F. Finish your sightseeing early on the 29th (Sat) so you can drive to Montepulciano.
more less

Pearl of the 16th Century

Perched on a limestone ridge in the heart of Tuscany, Montepulciano is known worldwide for its production of red wine, the Vino Noble.

On the 30th (Sun), take a stroll around San Quirico d'Orcia, then don't miss a visit to Piazza del Campo, then take in the architecture and atmosphere at Siena Cathedral, and finally don't miss a visit to Centro Storico di Siena. Keep things going the next day: indulge your senses at some of the top wineries in the area.

To see more things to do, other places to visit, ratings, and tourist information, read Montepulciano online day trip planner .

Traveling by car from Florence to Montepulciano takes 2 hours. Alternatively, you can take a bus; or do a combination of train and bus. In June, daytime highs in Montepulciano are 84°F, while nighttime lows are 61°F. Wrap up your sightseeing on the 1st (Mon) to allow time to drive to Como.
more less

Things to do in Montepulciano 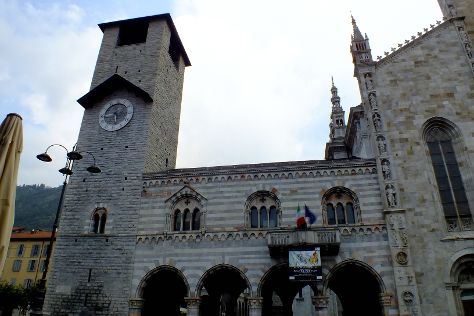 Known for its idyllic location on the shores of Lake Como and at the foot of the Alps, Como is one of northern Italy's most popular tourist destinations.

On the 2nd (Tue), head outdoors with Lake Como Adventures, get a taste of the local shopping with Mag, take in the architecture and atmosphere at Cathedral of Como (Duomo), then take a stroll around Broletto, then stop by Teatro del Gusto Como, and finally identify plant and animal life at Oasi WWF del Bassone.

For other places to visit, reviews, and tourist information, refer to the Como visit planner.

You can drive from Montepulciano to Como in 4.5 hours. Alternatively, you can take a train; or do a combination of train and flight. July in Como sees daily highs of 85°F and lows of 65°F at night. Finish up your sightseeing early on the 3rd (Wed) so you can travel back home.
more less

Things to do in Como