Vancouver is known for parks, nature, and zoos & aquariums. Your plan includes some of its best attractions: stroll around Stanley Park, enjoy breathtaking views from Vancouver Lookout, take in nature's colorful creations at VanDusen Botanical Garden, and admire the landmark architecture of Bloedel Conservatory.

For more things to do, photos, where to stay, and tourist information, read Vancouver trip planner.

Brisbane, Australia to Vancouver is an approximately 17- hour flight. You can also do a combination of flight and train; or do a combination of bus and flight. The time zone difference moving from Australian Eastern Standard Time (Queensland) to Pacific Standard Time is minus 18 hours. Traveling from Brisbane in January, expect Vancouver to be colder, temps between 8°C and 3°C. Finish your sightseeing early on the 12th (Tue) so you can drive to Whistler.
more less 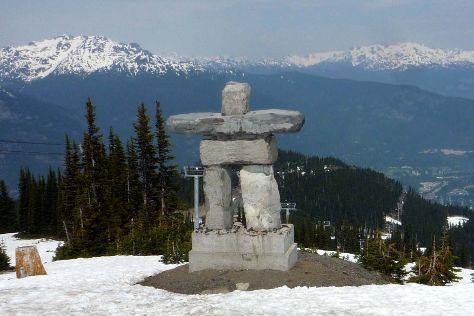 On the 13th (Wed), glide through natural beauty at Whistler Blackcomb and then catch some excitement at Whistler Sliding Centre.

You can drive from Vancouver to Whistler in 2 hours. Alternatively, you can take a shuttle; or take a bus. Traveling from Vancouver in January, expect Whistler to be a bit cooler, temps between 1°C and -5°C. Finish up your sightseeing early on the 13th (Wed) so you can go by car to Jasper National Park.
more less

Start off your visit on the 14th (Thu): take in the awesome beauty at Whistlers Peak, then look for gifts at Friends of Jasper National Park, and then take in the exciting artwork at Mountain Galleries. Keep things going the next day: explore and take pictures at Highway 93A, then fly down the slopes at Marmot Basin Ski Area, then see the interesting displays at The Den - Jasper's Wildlife Museum, and finally take in the exciting artwork at Jasper Art Gallery.

Take the guesswork out of planning a Jasper National Park vacation by using our trip itinerary maker.

Step out of Banff National Park with an excursion to Burgess Shale in Yoho National Park--about 34 minutes away. There's still lots to do: hit the slopes at The Lake Louise Ski Resort, identify plant and animal life at Sunshine Village, take in the exciting artwork at Samson Native Gallery, and contemplate the waterfront views at Moraine Lake.

Burgess Shale
Highlights from your plan