A big city with a small-town feel, Portland is home to the country's biggest rose test garden, perched on a hill overlooking downtown.

Raleigh to Portland is an approximately 9-hour flight. You can also fly; or drive; or do a combination of train and subway. You'll gain 3 hours traveling from Raleigh to Portland due to the time zone difference. Plan for a bit cooler nights when traveling from Raleigh in August since evenings lows in Portland dip to 60°F. Wrap up your sightseeing on the 9th (Sun) early enough to drive to Seattle.
more less

Things to do in Portland

Nicknamed the "Emerald City" because of its abundant evergreen trees, Seattle is the cultural and business center of the Pacific Northwest, as well as a popular holiday destination.

Start off your visit on the 10th (Mon): examine the collection at LeMay - America's Car Museum, do a tasting at Chateau Ste. Michelle Vineyards, and then enjoy breathtaking views from Sky View Observatory. Here are some ideas for day two: take in panoramic vistas at Space Needle, explore the world behind art at Chihuly Garden and Glass, then see the interesting displays at Bill & Melinda Gates Foundation Discovery Center, and finally wander the streets of Pike Place Market.

For photos, where to stay, more things to do, and more tourist information, use the Seattle day trip tool.

Traveling by car from Portland to Seattle takes 3.5 hours. Alternatively, you can fly; or take a bus. When traveling from Portland in August, plan for slightly colder days in Seattle, with highs around 80°F, while nights are about the same with lows around 61°F. Wrap up your sightseeing on the 11th (Tue) to allow time to drive to Vancouver.
more less

Things to do in Seattle 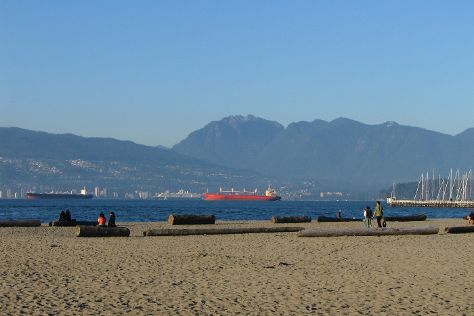 Start off your visit on the 12th (Wed): kick back and relax at Jericho Beach, look for all kinds of wild species at George C. Reifel Migratory Bird Sanctuary, and then tour the pleasant surroundings at Spanish Banks. Here are some ideas for day two: hike along West Vancouver Seawall, then enjoy the sand and surf at Kitsilano Beach, then enjoy the sand and surf at Third Beach, and finally admire the striking features of Bloedel Conservatory.

Getting from Seattle to Vancouver by car takes about 3 hours. Other options: fly; or take a shuttle. Traveling from Seattle in August, you will find days in Vancouver are slightly colder (75°F), and nights are about the same (59°F). You will have some time to spend on the 14th (Fri) before leaving for home.
more less