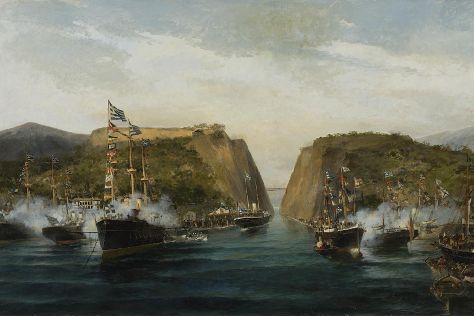 History remains the main attraction in Corinth, a city built near the site of its fabled ancient counterpart.

Eschew the tourist crowds and head to The Menalon Trail and Ancient Messini Stadium. Step out of the city life by going to Corinth Canal and Limni Vouliagmeni. Explore the numerous day-trip ideas around Corinth: The Old Watermill (in Kyparissia), Kapsia Cave (in Kapsas) and Archaeological Site Mycenae (in Mycenae). And it doesn't end there: delve into the distant past at Akrokorinthos, indulge in some personalized pampering at some of the best spas, snap pictures at Submersible Bridges, and go for a walk through Lighthouse Melagavi (Iraion).

Auckland, New Zealand to Corinth is an approximately 28-hour combination of flight and car. Due to the time zone difference, you'll gain 10 hours traveling from Auckland to Corinth. When traveling from Auckland in September, plan for much hotter days and somewhat warmer nights in Corinth: temperatures range from 35°C by day to 22°C at night. You'll set off for home on the 9th (Wed).
more less

Things to do in Corinth