Discover France's rich medieval history in Angers, a medium-sized city well known for its medicinal and culinary gardens dating back to the Renaissance and still open for a visit.

Attractions like Bioparc De Doue La Fontaine and Zoo de La Fleche make great kid-friendly stops. Explore Angers' surroundings by going to Fontevraud L'Abbaye Royale (in Fontevraud-l'Abbaye) and Chateau de Breze (in Breze). There's still lots to do: find something for the whole family at Terra Botanica, explore the world behind art at Galerie David d'Angers, ponder the design of Fontaine Monumentale, and explore the historical opulence of Chateau d'Angers.

For more things to do, where to stay, other places to visit, and tourist information, go to the Angers road trip planning site.

Manchester, UK to Angers is an approximately 5- hour combination of flight and car. You can also do a combination of train, flight, and car; or do a combination of flight and train. The time zone difference when traveling from Manchester to Angers is 1 hour. Traveling from Manchester in April, expect nights in Angers to be about the same, around 7°C, while days are somewhat warmer, around 20°C. Cap off your sightseeing on the 4th (Sat) early enough to go by car to Les Epesses.
more less

Things to do in Angers 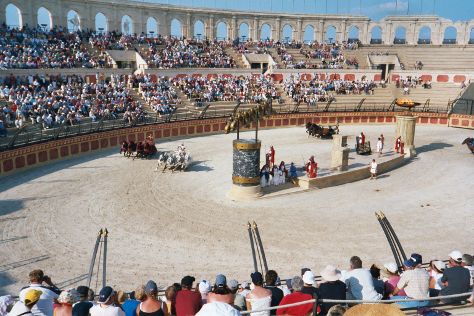 ©
Start off your visit on the 5th (Sun): take in the spiritual surroundings of L’eglise Notre-Dame du Vieux Pouzauges, then explore the activities along L’Etang Aujardiere, and then find something for the whole family at Puy du Fou.

To find traveler tips, more things to do, where to stay, and other tourist information, go to the Les Epesses travel tool.

Traveling by car from Angers to Les Epesses takes 1.5 hours. Alternatively, you can take a shuttle; or do a combination of train and bus. In April in Les Epesses, expect temperatures between 17°C during the day and 6°C at night. Finish up your sightseeing early on the 5th (Sun) so you can go by car to Les Sables-d'Olonne.
more less

Things to do in Les Epesses

©
Les Sables-d'Olonne is a seaside town in western France, on the Atlantic Ocean. Kick off your visit on the 6th (Mon): take a stroll through Quartier de l'Ile de Penotte, get in on the family fun at Le Grand Defi, and then head outdoors with La Folie de Finfarine. On the 7th (Tue), you'll have a packed day of sightseeing: hike along Le sentier de la Pointe du Payre, then identify plant and animal life at Aquarium de Vendee, then meet the residents at Zoo des Sables d'Olonne, and finally partake in some friendly competition at Mission Decouverte.

To find traveler tips, other places to visit, more things to do, and other tourist information, refer to the Les Sables-d'Olonne trip itinerary app.

You can drive from Les Epesses to Les Sables-d'Olonne in 1.5 hours. Alternatively, you can take a bus; or do a combination of bus and train. In April in Les Sables-d'Olonne, expect temperatures between 17°C during the day and 6°C at night. Wrap up your sightseeing on the 7th (Tue) early enough to take a train to Nantes.
more less

Things to do in Les Sables-d'Olonne 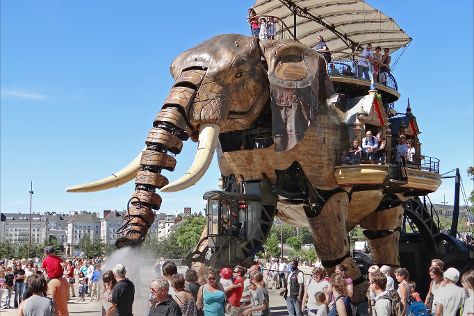 Venice of the West

Regarded as an art and history city, Nantes is called the Venice of the West.

To see ratings, other places to visit, more things to do, and more tourist information, you can read our Nantes itinerary planner.

Traveling by train from Les Sables-d'Olonne to Nantes takes 1.5 hours. Alternatively, you can drive. Expect a daytime high around 19°C in April, and nighttime lows around 6°C. Finish up your sightseeing early on the 10th (Fri) so you can travel back home.
more less

Things to do in Nantes