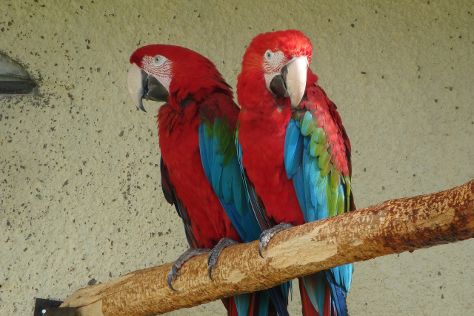 Head to GUM and Old Arbat (Stary Arbat)for plenty of shopping. Get outdoors at Bird Park Vorobyi and Ballada. When in Moscow, make a side trip to see FREEZONE Aerodynamic Complex in Sharapovo, approximately Sharapovo away. Spend the 20th (Mon) exploring nature at MGU Botanic Garden. Next up on the itinerary: contemplate the long history of Red Square, brush up on your military savvy at Armoury Chamber, make a trip to Kuznetsky Most Street, and admire the masterpieces at State Tretyakov Gallery.

To see maps, traveler tips, more things to do, and tourist information, go to the Moscow day trip app.

©
Dmitrov is a town and the administrative center of Dmitrovsky District in Moscow Oblast, Russia, located 65km to the north of Moscow on the Yakhroma River and the Moscow Canal. On the 24th (Fri), hit the slopes at Ski Resort Sorochany, thensee the interesting displays at Museum-Reserve Dmitrov Kremlin, thensteep yourself in history at Earth Mound, and finally make a trip to Sculptures on the Kropotkin street. Here are some ideas for day two: don't miss a visit to Boris and Gleb Monastery, thengear up at Sport Park Volen, thenhead outdoors with Podlipicheskiy Pond, and finally let little ones run wild at Park Beryozovaya Roshha.

For other places to visit, where to stay, ratings, and more tourist information, read our Dmitrov journey maker website.

Drive from Moscow to Dmitrov in 1.5 hours. Alternatively, you can take a train; or take a bus. May in Dmitrov sees daily highs of °C and lows of °C at night. Wrap up your sightseeing by early afternoon on the 26th (Sun) to allow enough time to drive back home.
more less

Things to do in Dmitrov