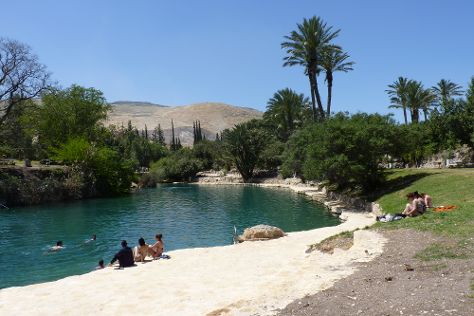 Your day-by-day itinerary now includes King David's Tomb, Dead Sea, Bible Lands Museum, and other attractions you added. Explore hidden gems such as En Gedi Nature Reserve and Jerusalem Beach. Satisfy your inner culture vulture at Bet Guvrin-Maresha National Park and Israel Museum. Explore the numerous day-trip ideas around Jerusalem: Jaffa Old City (in Jaffa), Independence Hall Museum (in Tel Aviv) and Beit She'an National Park (in Beit She'an). There's much more to do: get engrossed in the history at Yad Vashem - The World Holocaust Remembrance Center, steep yourself in history at Western Wall, appreciate the extensive heritage of Old City of Jerusalem, and shop like a local with Ben Yehuda Street.

To see reviews, more things to do, traveler tips, and other tourist information, use the Jerusalem travel planner .

If you are flying in from United States, the closest major airport is Ben Gurion International Airport. In July, daily temperatures in Jerusalem can reach 93°F, while at night they dip to 59°F. Finish your sightseeing early on the 10th (Tue) to allow enough time to travel back home.
more less