Varenna is a comune (municipality) on Lake Como in the Province of Lecco in the Italian region Lombardy, located about 60km north of Milan and about 20km northwest of Lecco.Varenna was founded by local fishermen in 769, and was later allied of the commune of Milan. To see ratings, more things to do, where to stay, and tourist information, read our Varenna travel route website.

Milan to Varenna is an approximately 1.5-hour car ride. You can also take a train. Expect a daytime high around °F in October, and nighttime lows around °F. On the 13th (Sun), you're off to Siena.
more less

Things to do in Varenna

Start off your visit on the 13th (Sun): steep yourself in history at Palazzo Chigi Saracini, take in the spiritual surroundings of Cappella di Piazza, thentake in the architecture and atmosphere at Basilica di San Clemente in Santa Maria dei Servi, thencontemplate in the serene atmosphere at Sinagoga di Siena, and finally steep yourself in history at Loggia della Mercanzia. Get ready for a full day of sightseeing on the 14th (Mon): admire the masterpieces at Parco Sculture Del Chianti, do a tasting at Poggio Rubino, learn about winemaking at Winery Solaria Patrizia Cencioni, thentake in the spiritual surroundings of Collegiata di San Quirico, and finally appreciate the extensive heritage of Via di Gracciano nel Corso.

To see reviews, where to stay, ratings, and tourist information, refer to the Siena online road trip planner.

Drive from Varenna to Siena in 5 hours. Alternatively, you can take a train; or fly. In October, Siena is a bit warmer than Varenna - with highs of °F and lows of °F. You'll have a few hours on the 15th (Tue) to wrap things up before traveling to Bologna.
more less

On the 15th (Tue), stroll the grounds of Cimitero Ebraico di Ferrara and then stroll the grounds of certosa. Get ready for a full day of sightseeing on the next day: take an in-depth tour of La Macchina del Tempo, see the interesting displays at Oratorio Di Santa Cecilia, see the interesting displays at International museum and library of music, take in the spiritual surroundings of Chiesa di San Bartolomeo, thenadmire the landmark architecture of Palazzo Re Enzo, and finally admire the landmark architecture of Palazzo del Podesta.

To see photos, traveler tips, other places to visit, and other tourist information, read our Bologna trip itinerary website.

Traveling by car from Siena to Bologna takes 2 hours. Alternatively, you can take a train; or do a combination of bus and train. Traveling from Siena in October, expect nights in Bologna to be about the same, around °F, while days are a bit cooler, around °F. Finish your sightseeing early on the 17th (Thu) to allow enough time to drive to Mantua.
more less

Ferrara
Highlights from your plan

Often overlooked in favor of nearby Lake Garda, Mantua is one of northern Italy's Renaissance gems.

On the 17th (Thu), admire the striking features of Casa di Giulio Romano.

For ratings, traveler tips, other places to visit, and more tourist information, you can read our Mantua vacation builder app.

Drive from Bologna to Mantua in 1.5 hours. Alternatively, you can take a train; or take a bus. In October, daily temperatures in Mantua can reach °F, while at night they dip to °F. Cap off your sightseeing on the 19th (Sat) early enough to go by car to Modena.
more less

Things to do in Mantua 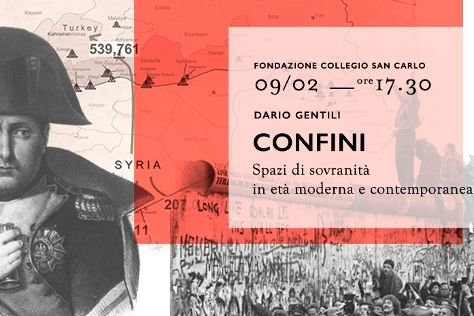 Deemed the Capital of Engines, Modena is the birthplace of Enzo Ferrari and the headquarters of Italian sports cars.

Kick off your visit on the 19th (Sat): enjoy the scholastic atmosphere at Collegio San Carlo Modena, pause for some serene contemplation at Monastero San Pietro dei Monaci Benedettini, thenappreciate the extensive heritage of Corso Canalchiaro, thenexplore the world behind art at Museo Civico d'Arte, and finally take in the architecture and atmosphere at Chiesa Parrocchiale di Sant'Agostino.

To see maps, more things to do, other places to visit, and tourist information, use the Modena road trip website.

Traveling by car from Mantua to Modena takes 1.5 hours. Alternatively, you can take a bus; or take a train. In October in Modena, expect temperatures between °F during the day and °F at night. Finish your sightseeing early on the 20th (Sun) to allow enough time to drive to Milan.
more less

Things to do in Modena

To see traveler tips, other places to visit, photos, and tourist information, you can read our Milan visit planner.

You can drive from Modena to Milan in 2 hours. Other options are to take a train; or take a shuttle. In October, daily temperatures in Milan can reach °F, while at night they dip to °F. You will leave for home on the 20th (Sun).
more less