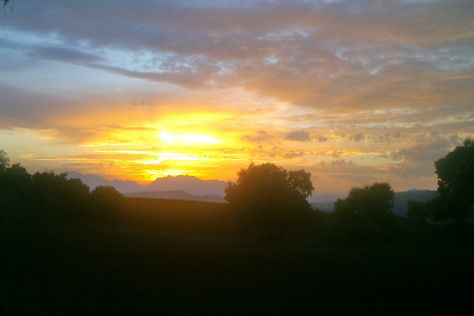 Kick off your visit on the 4th (Thu): take some stellar pictures from Mirador de Aldehuela, take in breathtaking views at El Tajo de Ronda, then take in the views from Puente Nuevo, and finally look for all kinds of wild species at Reservatauro Ronda. Here are some ideas for day two: see the sights as you ascend with a climbing tour, then ride a horse along Caballos y Vino, and then Head underground at Cueva del Gato.

©
Nerja is a municipality on the Costa del Sol in the province of Málaga in the autonomous community of Andalusia in southern Spain. Attractions like Burriana Beach and Capistrano Playa make great kid-friendly stops. There's much more to do: Head underground at Fundación Cueva de Nerja, make a trip to Nerja Donkey Sanctuary, enjoy the sand and surf at Playa de la Alberquilla, and stroll through Playa El Playazo.

Take the guesswork out of planning a Nerja vacation by using our trip itinerary maker.

Traveling by car from Ronda to Nerja takes 2.5 hours. Alternatively, you can do a combination of train and bus; or take a bus. While traveling from Ronda, expect slightly colder days and about the same nights in Nerja, ranging from highs of 33°C to lows of 17°C. Wrap up your sightseeing on the 8th (Mon) to allow time to drive to Marbella.
more less

Kids will enjoy Bioparc and Butterfly Park of Benalmadena. Change things up with these side-trips from Marbella: Aqualand Torremolinos (in Torremolinos), Puerto Marina Benalmadena (in Benalmadena) and Malaga (Malaga Cathedral, Room Escape Games, &more). Next up on the itinerary: take a stroll through Marbella Old Town, zoom along the surf with a waterskiing or jet-skiing adventure, and scramble along the landscape with a canyoning and rapelling tour.

Plan a Marbella trip in moments using our itinerary builder.

You can drive from Nerja to Marbella in 1.5 hours. Another option is to take a bus. Traveling from Nerja in June, expect a bit warmer with lows of 21°C in Marbella. On the 12th (Fri), wrap the sightseeing up by early afternoon so you can travel back home.
more less