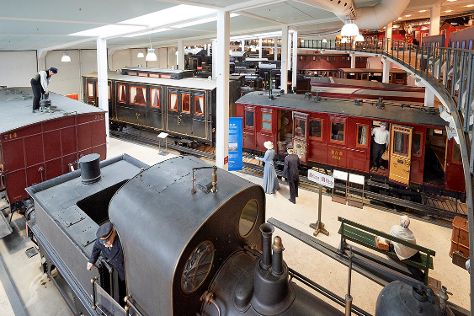 Thorvaldsens Museum and The Open Air Museum will appeal to museum buffs. Get some historical perspective at Frederiksborg Slotskirke and Liselund. Explore Copenhagen's surroundings by going to Fredensborg Palace (in Fredensborg), Odense (The Funen Village & The Danish Railway Museum) and Rudolph Tegners Museum (in Dronningmoelle). There's still lots to do: stop by Dragor Havn, view the masterpieces at Birthe Jarlbaek, get a taste of the local shopping with Malergaarden, and explore the world behind art at Nikolaj Kunsthal.

To see ratings, maps, where to stay, and tourist information, use the Copenhagen trip builder.

If you are flying in from Kuwait, the closest major aiport is Copenhagen Kastrup Airport. In April in Copenhagen, expect temperatures between °C during the day and °C at night. Finish your sightseeing early on the 19th (Sun) to allow enough time to travel back home.
more less