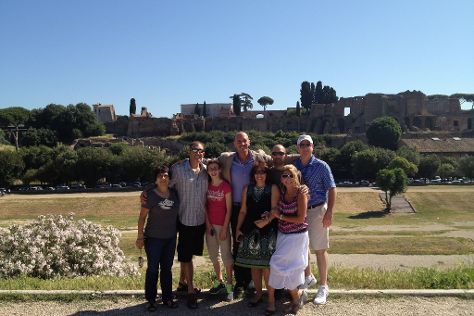 You've now added Best Tour Of Italy to your itinerary. On the 7th (Wed), catch a ride with Best Tour Of Italy, thenkick back and relax at Mediterranea, and then take in the architecture and atmosphere at Parrocchia Santa Maria del Carmelo.

For ratings, reviews, and other tourist information, refer to the Rome trip planner.

If you are flying in from Iran, the closest major aiports are Leonardo da Vinci–Fiumicino Airport, Ciampino–G. B. Pastine International Airport and Perugia San Francesco d'Assisi – Umbria International Airport. In August in Rome, expect temperatures between °C during the day and °C at night. Cap off your sightseeing on the 7th (Wed) early enough to travel back home.
more less