1 day in Province of Almeria Itinerary

1 day in Province of Almeria Itinerary 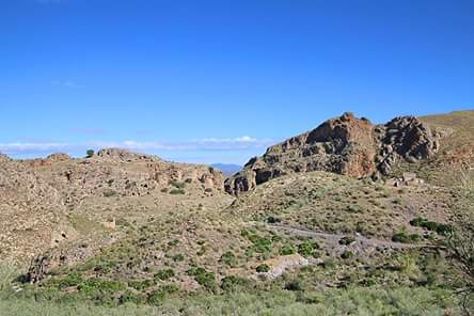 ©
Mojácar is a municipality situated in the south east of the Province of Almería (Andalucia) in southern Spain, bordering the Mediterranean Sea. Your day by day itinerary now includes Mojacar Jeep Tours. On the 20th (Thu), don't miss a visit to Plaza Nueva, see Mojacar Jeep Tours, and then steep yourself in history at Fuente Publica de Mojacar.

To find where to stay, ratings, traveler tips, and more tourist information, refer to the Mojacar trip itinerary maker site.

Almeria to Mojacar is an approximately 1.5-hour car ride. You can also take a bus. In August, daily temperatures in Mojacar can reach 36°C, while at night they dip to 26°C. Finish up your sightseeing early on the 20th (Thu) so you can go by car to Almeria.
more less

Things to do in Mojacar

Almería is a city in Andalusia, Spain, situated in the southeast of Spain on the Mediterranean Sea. To see maps, where to stay, and more tourist information, refer to the Almeria road trip planner.

You can drive from Mojacar to Almeria in 1.5 hours. Alternatively, you can take a bus. In August, daily temperatures in Almeria can reach 37°C, while at night they dip to 27°C. On the 20th (Thu), you're off to home.
more less