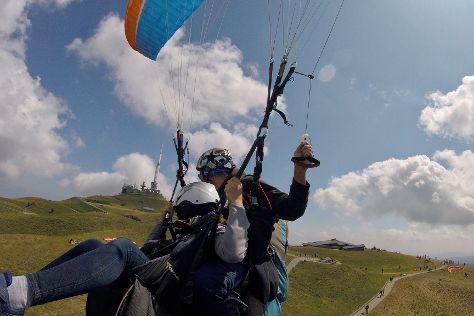 Kick off your visit on the 13th (Thu): get impressive views of Puy-de-Dome Volcano.

Amsterdam, The Netherlands to Clermont-Ferrand is an approximately 5-hour flight. You can also take a train; or drive. Traveling from Amsterdam in August, expect nights in Clermont-Ferrand to be about the same, around 16°C, while days are somewhat warmer, around 30°C. Wrap up your sightseeing on the 13th (Thu) early enough to travel back home.
more less

Parks · Nature
Highlights from your plan